This mini-series was developed during a research residency that will continue until 2022, in a large volcanic mountain range in Hessen, Germany. This rural area is characterized by its vast nature habitats and small villages. The people living there are dealing with a decline of infrastructure and the migration into bigger cities by the young generation.

Six video episodes are setting spotlights on places that show fights, wins and losses, interim solutions and take-overs by nature. Fragments of the NS-past became the natural habitat of bat colonies and an abandoned factory reflects the involuntary unemployment in the area.

Voices accompany the documented scenes and debate how to adapt to the change and how to set new structures, which heavily depend on voluntary labour and social cohesion. The residents each talk about their relationship with a particular place and methods of protecting and utilizing this space – a so-called vacancy – and its possibilities: setting a memorial, being landmarked, matters of natural conservation etc. of abandoned areas or buildings that resulted out of restructurings. The episodes focus on how the inhabitants identify with those places and how they are interwoven with their biographies. 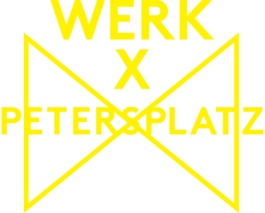